The island of Pašman is settled in the Zadar archipelago and is one of the largest islands. The Pašman Channel, which is only 2 km wide in some places, separates it from the mainland.

The Pašman Channel, due to a change of sea currents every six hours, is the cleanest part of the Adriatic Sea. Its rich sea flora and fauna are proof of that, making it a frequent destination of explorers and aficionados of the vastly untouched nature. In some places, the underwater world jealously guards secrets of the past, and it is not uncommon to find a sunken ship or uncover the remains of a Roman city.

Galešnjak is a heart-shaped island near Pašman, one of only three in the world, and we like to say it is the most beautiful. Galešnjak will simply enchant you. 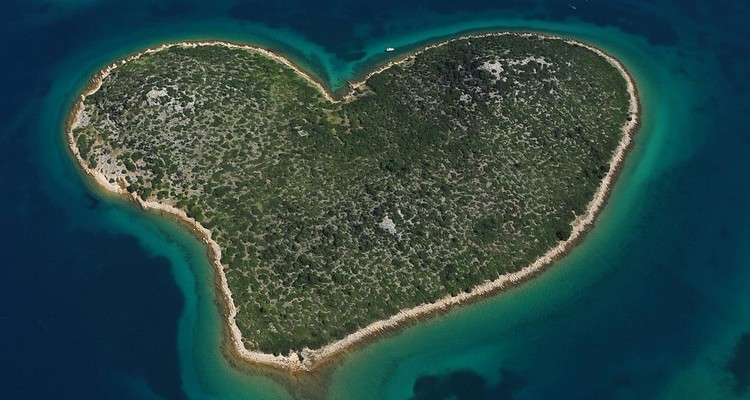